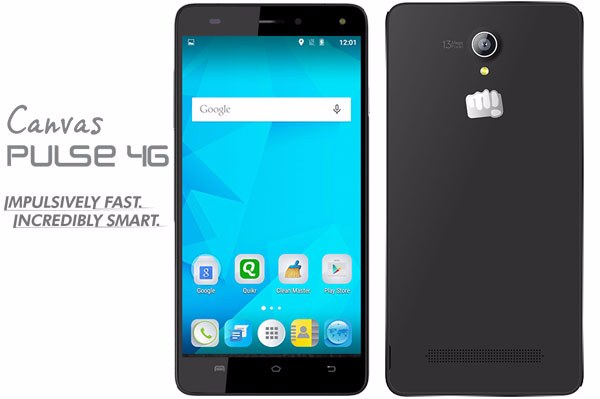 You’re probably bored of buying phones that are expensive and don’t really have much to offer. Dropping them is almost a crime and your heart breaks when there is an update available but your phone is suddenly too old for it. Very soon you might sell off your current expensive cell phone at a much lower price and then end up spending a bomb on another expensive one.

We suggest you save yourself from this endless cycle. Wondering what else could you do? How about buying products that have the same quality and cost much lesser? What makes it better is these are made in India and, therefore, all the money you spend on them helps the economy. We’re talking about some amazing phones and if you look at the Micromax Mobile Price List you won’t have to think twice.

Here are a few options from their collection.

This sleek looking smartphone comes with a 5-inch screen. The internal storage capacity is 16GB and can be expanded up to 32GB. The phone has an Android v5.1 OS and comes with a 13 MP rear camera to capture some beautiful images. Along with Auto-focus and LED flash you could use it in low light areas too. The front camera is a 5MP one. The phone has a 3GB RAM and Octa-core 1.3 GHz processor.

Packed with a Quad-core 1.0 GHz Cortex-A53 the phone is powered by android Lollipop OS. The internal capacity is of 8GB and can be expanded up to 32 GB, just like the previous one. It comes equipped with an 8MP rear and a 5 MP front camera. The screen is a 4.7 inch with Corning Gorilla Glass 3. It has a 1GB RAM and is 4G enabled.

With a 5 inch screen, this phone has an IPS LCD capacitive touchscreen. With 1GB RAM and a 4GB internal memory and expandable up to 32 GB. The OS is an android v5.1. packed with a Quad-core 1.1.0 GHz and 5MP rear camera. The camera comes with an autofocus feature and an LED flash. The front camera is a 2MP. The 2500 mAh battery makes sure you don’t run out of power.

It comes with a wide 5.5 inch with a Corning Gorilla Glass 3. The process is an Octa-core 1.4 GHz along with Android OS v5.1. the RAM has a 1GB capacity along with 8GB internal storage capacity. With a 13MP rear camera, you can capture some great images, you can also click selfies with its 5MP front camera. The memory capacity can be expanded up to a 32 GB. The battery is a 2820 mAh.

It’s called the Selfie phone since its amazing 8MP front camera helps you capture perfect images! With an 8MP rear camera, the phone also has a front and back LED flash. The processor is a Quad-core 1.3 GHz Cortex-A7. With a 1GB RAM and an 8GB internal memory, you could use a micro SD card to expand it up to 32GB. This smartphone has a 4.8-inch screen with a corning gorilla glass 3.