HomeTechnologyGadgetLet’s take a break from comparing iOS with Android.
Gadget 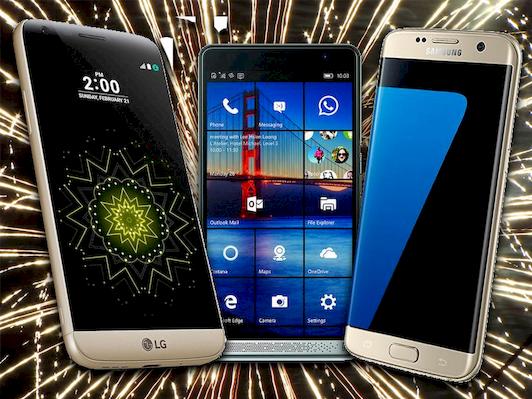 Today we put Samsung’s Galaxy S7 against LG’s G5 to see which of the two offers the better Android mobile experience. Here we go!

LG G5 – LG offered a complete revolution in terms of design, perhaps more than any other handset this quarter. The G5 sports a full metal body complete with a sensitive fingerprint sensor on the rear with the power button. The G5’s modular design offers an attractive soft curve from the display that tapers off the top and there are no reception bands here as well! Take that, Apple and Samsung!

The rear camera array is found above the power button, while the volume controls are moved to a more conventional side position. The G5 is a tad larger and heavier than the S7, but a bit slimmer as well. The G5 also offers a removable battery owing to its modular nature. That’s a rarity in high-end phones!

Mix-and-match: The G5’s unique design lets you swap accessories, at present you can boost with two add-ons. A camera grip and a digital to analogue converter.

The G5 is currently riding the fame-wave this quarter, with fans wanting to try out its modular capabilities. Retailers are LG G5 is still a best seller in many online and physical outlets. LG G5 is also available at Harvey Norman with 50 interest free payment options.

Samsung Galaxy S7 – Samsung also brought a metal and glass body to their handset since the Galaxy S6’s launch at MWC 2015. The S7 featured a very similar, yet slightly refined slim, metal build with this predecessor. The fingerprint sensor is still on the front, while the protruding single lens is now a bit subtler. Sadly, the glass back is still prone to fingerprints, although the device has an IP68 certification for dust and waterproofing.

The LG G5 has a bigger 5.3-inch IPLS technology LCD display that features a 2560 x 1440 resolution, while the Samsung Galaxy S7 has a 5.1-inch Super AMOLED display and a Quad HD resolution.

The larger display in G5 means more room for everything you do, but Samsung still has the sharper screen with a few more pixels per inch, however, it’s not something we can’t detect. In truth, both devices offer great displays. Both have an always-on display, but G5 is better since it offers optional notifications from third-party apps while Samsung will only show notifications from Samsung Apps.

The LG G5 has a 16-megapixel rear camera, and a secondary 8-megapixel 135-degree-wide-angle sensor that boasts a wider field of view that’s closer to human eyes than a basic camera. The primary camera is perfect for taking regular shots, while the secondary lens is better fir a wider shot. The results? Astoundingly good! The G5 has a super-fast and super-accurate autofocus whatever you point it at.

The Galaxy S7 sports a 12-megapixel rear camera, but improved the pixel size to 1.2um over 1.4um from the Galaxy S6. It also offers a wider aperture on board at f/1.7 and dual pixel capability, which is also found in DSLRs, for quicker auto focusing.

As cameras go in today’s flagship handsets, LG’s dual capability is a storming player with some amazing features that’s simply up there in among the mix for the greatest of the bunch.

Conclusion. Which is better then? We’ll go with the safest answer here: It’s what suits your preferences. Both are really on par this year than they were with the G4 and S6. Samsung is safe, of course, but the LG could be better with its modular design if you dig that. LG G5 is also available at Harvey Norman if you want to know more about the G5’s capabilities, or you know if you want to get one with interest free payments.